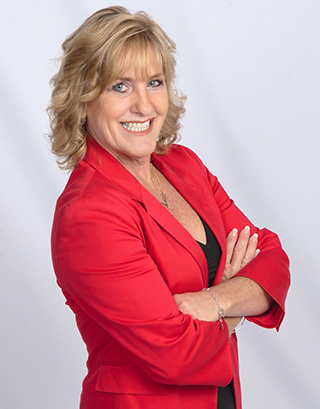 Prior to becoming a lawyer, Rebecca Taylor worked as a Legal Assistant for 16 years. She worked for both large corporate firms as well as for small firms and sole practitioners, working in the areas of personal injury, family, criminal defense, workers compensation, corporate, and real estate.

By the time she was admitted to Georgetown University Law Center in 1994, she was certain that she wanted to help women trapped in domestic violence situations and to help those injured by the negligence of others get the just compensation they deserved.

To that end, Rebecca worked in the Domestic Violence Clinic at Georgetown University Law Center, where she represented victims of domestic violence in the District of Columbia Federal Court under the supervision of her professors. And, during her third year of law school, she was a Law Clerk for Koonz, McKenney, Johnson & Regan, LLP, perhaps the most prestigious plaintiffs law firm in Washington, D.C.

Upon graduating from Georgetown Law in 1997, Rebecca Taylor moved to South Florida where she worked for another attorney for just six months before starting her own law firm. Since then, she has successfully represented hundreds of individuals, obtaining compensation for them for their injuries from automobile accidents, slip and falls, falling objects, dog bites.

Rebecca also has helped many women escape domestic violence who she then represented in divorce court getting them the child custody arrangements best for their children and obtaining child support and alimony so that they could pick up the pieces and make the best of their lives for themselves and their children.